Day Five. We now have the “slow down, it’s Cape Town” mojo. We even woke up later than usual. It could’ve been due to all those corks popping last night, the lovely warm weather, despite it being a bit cloudy, or the laid-back atmosphere of the city and its people. Ooh, we were easy, easy like a Tuesday morning, whoa…yeah! 🎼🎧🎤 Europe was so far away!  After a light breakfast we headed off to the city centre. These two photos were taken from where we were staying. A lovely and leafy suburb overlooking the city which sports a golf course, or two, and a few wine estates. From here you can see the city below (romantically fabulous at night with all the sparkling lights), and the Table Mountain (photo on the left), which was covered with a “tablecloth”. The highway in the foreground was empty, but the closer you got to the city, the crazier the traffic was. The national school summer holidays, locals, visitors from the other provinces, and people like us, the international tourists, all contributed to the busy and vibrant mayhem on the streets. A good mayhem as there’s no stress, no rush, no anger, just an easy bumper to bumper don’t worry be happy attitude 🚗

The aquarium is in the very famous and popular V&A Waterfront. At this time of the year it is always bustling here, so we were grateful to have been with family, or else we’d still be riding around in circles looking for parking😓 The aquarium itself is not as big as others we’ve visited, just busier, but there’s a lot to see and do. More than 3000 marine animals from the two oceans, the Atlantic and the Indian, are shown here. A lot of families with young children visit and it was fun to hear the little ones (the big ones too, wink-wink) screaming with excitement at all the amazing animals and having fun at the interactive displays. We squeezed ourselves into a small gap in the large crowd at the penguin exhibit, just to see them being fed. Interesting, but seeing them in the wild is much more exciting. The aquarium also boasts a kelp forest. Enjoy the photos! 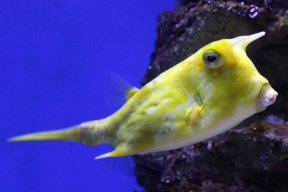 The V&A Waterfront, or just “the Waterfront” is situated in South Africa’s oldest working harbour which is set at the foot of the Table Mountain. It was named after Queen Victoria and her second son, Prince Alfred (Alfie), who visited the harbour in 1860. The area is not only a working harbour or entertainment venue, but it’s also a residential and commercial hub. There are many restaurants (big and small) which serve local or international cuisine, luxury hotels and holiday appartments, and ta-daaaaa…shops galore. So after taking a boat ride to Robben Island and back, relax on one of the restaurant decks overlooking the harbour, sip a glass of fantastic local wine and eat some freshly caught fish. The view of the mountain, with the ships, boats and cruisers at its feet will make your soul sing. It will not matter if the sun is shining or not…Afterwards, take a stroll along the quay and listen to various artists singing, join in with the traditional dancing, or simply just sit on a bench and take it all in. Unforgettable! ❤️